Rule of Rose is a survival horror game set in 1930s England aboard an abandoned zeppelin. It is known for its controversial content, such as abusive violence and implied sexual themes towards its underage cast of characters.
PlayStation 2

Rule of Rose is a survival horror game exclusively developed for the PlayStation 2 by Punchline and published by Sony Computer Entertainment in it's original JP territory on January 16, 2006. It is set in England, during the 1930s, where the player controls a girl called Jennifer. She is kidnapped and taken aboard an abandoned zeppelin controlled by a group that refer to themselves as the "Red Crayon Aristocrats". The game plays in very similar beats to other games in the genre, most notably Silent Hill (for its use of psychological horror) and Haunting Ground (for the main character's canine companion).

The game features heavy influences lifted from Lord of the Flies and was targeted in several controversies thanks to its mature content and extremely adult themes. The Aristocrats leader, Diane, regularly abuses her groupmates and violence against other underage girls, including Jennifer, is a frequent occurrence. This, alongside heavy sexual implications and themes within the female cast, was subject to heavy controversy and debate when news of the game reached North America. The extremely negative reaction to the game caused SCEI to withdraw its intentions of a NTSC localization, of which Atlus picked up and released in North America territories on September 12, 2006.

The game's continued controversy and relatively undeserved scrutiny led to the cancellation of a European release, originally slated for November 6th, 2006. Subsequent bans were also put into effect in Australian/New Zealand territories.

Rule of Rose was released to mixed critical response, generally being praised for its atmosphere, story and themes. However, the gameplay was universally held as lackluster. Archaic controls and slow-paced gameplay was seen as being a blemish on an otherwise-incredibly compelling and original game.

The soundtrack was composed by Yutaka Minobe, of Panzer Dragoon Orta and Skies of Arcadia fame. It was composed entirely by an orchestral band using real instruments, done so for the effect of adding "a human element to the atmosphere of the game." A limited run of 6-track promotional CDs were included with pre-orders of the game at specific retailers. Track listing:

A number of tracks appearing in the game were not included. 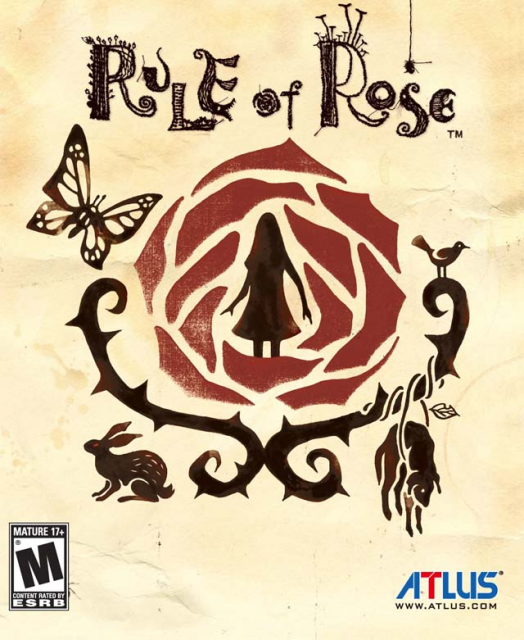