LMA Manager 2002 is a continuation of the succesful series, in which the player manages his chosen soccer team through the soccer leagues, winning the major tournaments and signing players for your team.
PlayStation 2

This is a list of all of the game's leagues from the PlayStation 2 version: 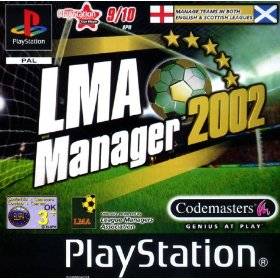