Championship Manager 2 is a football management game that allows players to manage a football club of their choosing. Setting tactics, managing transfers and picking the starting line up are some of the game's key features.

CM2 featured full SVGA graphics and photographic backgrounds that changed with each turn the player took which helped fight the look of a spreadsheet that the game inevitably had. Other updates included a audio commentary mode that was supposed to support the text update match engine. This did not prove to be a success however and was removed from Championship manager 3. The main problem with the audio commentary was that it forced the player into playing through matches at a very slow pace leading seasons to last even longer than they already would. One "feature" of CM2 was a bug that enabled the player to sign players for free. If the player made an offer in excess of 20million that was then immediately changed to a free transfer the selling club would accept the offer but as a free transfer. Devoted managers would never use this tactic however. 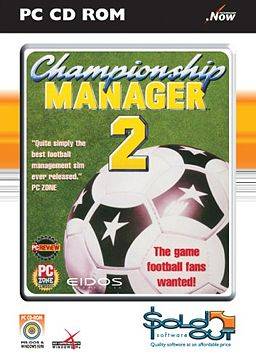