WWF Smackdown! Just Bring It introduced many new features as well as refinements to the Smackdown! series. Yuke's introduced a Story Mode, which replaced Season Mode from the past games in the series. Story Mode gives you more control of situations your wrestler is in (i.e. when asked, you can chose to either run down to the ring and attack an opponent or stay up on stage and just talk a little smack). Just Bring It included more match types such as six and eight man matches while also introducing the series with in-game commentary provided by Michael Cole and Tazz. This game became notorious for its vast amount of memory card space requirement, taking over 4MB (Over half of the standard 8MB PS2 memory card's capacity) even if no progress has been made in the game.

WWF Smackdown! Just Bring It was the first game that enabled a user to edit current roster move sets, as well as being the first game to feature full authentic ring entrances.

WWF Smackdown! Just Bring It was the first game in the series to actually have a story mode that gives the wrestlers a choice on how to act to certain situations and not just confrontations. Unlockables were attained by doing various "quest" mode fights and advancing further into the story unlocked certain create a wrestler attires and moves. 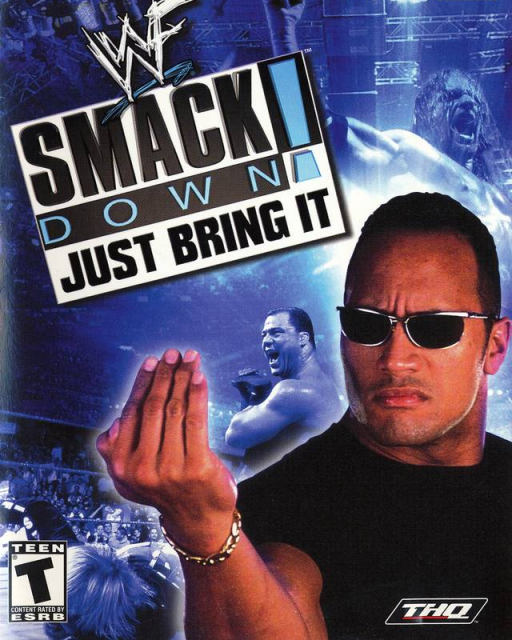