The first episode in the Xenosaga trilogy released for the Playstation 2.
PlayStation 2

Xenosaga: Episode I - Der Wille zur Macht is an RPG for the PlayStation 2 developed by Monolith Software. Development of the game was spearheaded by Tetsuya Takahashi and other members of the team that had previously developed Xenogears while with Squaresoft. The overarching narrative was meant to connect loosely with the universe of the PS1 title. Der Wille zur Macht was also intended to be the first part of a six-game story arc, but due to internal pressures brought on by publisher Namco that affected the direction of the second episode, the story was ultimately truncated into a trilogy.

The subtitle "Der Wille zur Macht," or "The Will to Power," is a reference to a text of the same name written by philosopher Friedrich Nietzsche, as are the subtitles of the subsequent entries in the trilogy.

As the introductory chapter in a multi-game story, the plot of Episode I is primarily driven by the introductions of the major players in the narrative and the events meant to drive the series forward. The story is set in the distant future, where humans have colonized deep space and created an interstellar civilization, leaving Earth behind. Humanity is at war with a race of mysterious, antagonistic creatures called the Gnosis. Meanwhile, rival factions struggle for control over a mysterious artifact known as the Zohar; a device rumored to be of immense power. During this conflict, researcher Shion Uzuki is on board a ship transporting a Zohar Emulator; a device created to mimic the true Zohar, but with a far lesser degree of power. Shion is running tests on KOS-MOS, a combat android designed for the express purpose of destroying Gnosis, when the ship comes under attack by the creatures. Shion and fellow researcher Allen Ridgelley manage to escape with KOS-MOS's help and are quickly drawn into a galaxy-wide conspiracy.

The combat in Xenosaga is very similar to that of its spiritual predecessor Xenogears. The combat is broken up into character combat and mech (Anti-Gnosis Weapon System, or A.G.W.S.) combat. The player characters are able to switch freely between fighting on foot or in an A.G.W.S., and individual characters can be swapped out of combat and replaced with inactive party members on the fly. The battles are turn based and function on an Action Point (AP) system. Characters are assigned a certain amount of AP at the start of each turn which can be used for individual attacks that can be chained together until the AP is depleted. Leftover AP can be stored for the character's next turn to spend on more powerful attacks and techniques. Ether skills, the game's equivalent to a magic system, can also be used.

A.G.W.S. can be equipped and used by some but not all party members; of the primary playable characters, only Shion, chaos, and Jr. are able to pilot them. Each unit is unique and fully customizable; the player can arm them with weapons such as swords, machine guns, rifles and beam weapons. During combat, the player must simply select the weapon that they wish to attack with; however, A.W.G.S. cannot chain attacks, nor do they feature any special attacks. 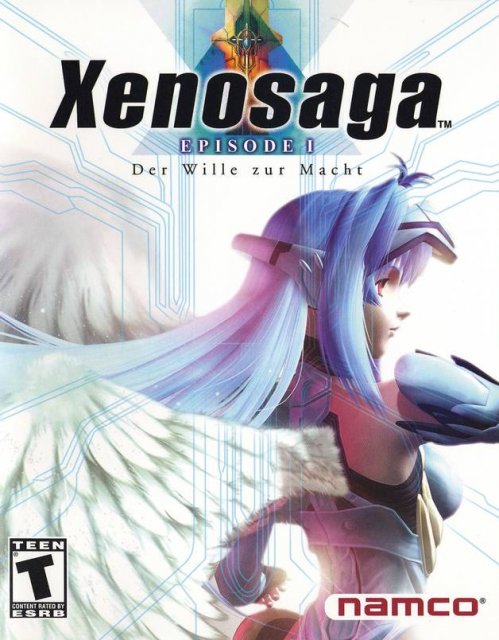