Enclave is a game that takes place in a medieval fantasy realm in a world that has been torn apart by magic and evil. It was released on the Xbox in the summer of 2002, and later on the PC early in the spring of 2003.

Enclave is a PC and Xbox third-person action-adventure role-playing game developed by Starbreeze.

Originally, a Gamecube version was planned to be released alongside the PC version (with all the same improvements made to the game) but was later canceled. A Wii update titled Enclave: Shadows of Twilight has been announced for release on May 22nd, 2012, and is being published by Topware.

Enclave II; a direct follow-up sequel was announced for Xbox, PlayStation 2, Gamecube, and PC but was later canceled apparently due to licensing issues.

Enclave was re-released by Good Old Games for $6 (at normal non/sales price) with compatibility & support for Windows XP, Vista, and 7 for both 32 and 64-bit as well as Mac OS and Linux.

It is also available on Steam with support for Windows, Mac OS and Linux.

Enclave takes place in a fictional medieval setting, where the world has been torn apart by magic. Millennia ago, dark armies battled the good people of Celenheim and pushed them to the brink of destruction. When the battle was nearing its end a lone wizard appeared high atop a ridge; with a staff held up in both hands. He defiantly slammed the staff hard into the ground and unleashed a terrible fury of nature. That night, the world erupted; the skies grew black, the earth turned red with fire, blood, and chaos. A rift formed that raced forth, tearing the Earth apart, and destroying everything in its path. During the aftermath, the demon Vatar and the mysterious wizard disappeared, and both were believed to be lost forever.

The rift that formed separated light from dark, protecting Celenheim (now an Island), from the darkness on the other side. The inhabitants of the Enclave grew strong over many prosperous centuries but...the Earth is healing, and as the rift slowly closes, darkness again threatens Celenheim.

Enclave is a single player third person game where the player takes control of one of seven characters that are unlocked as the missions go by. Each has unique abilities determined almost entirely by their equipment. There are two campaigns in the game, Light and Dark, with the latter becoming unlocked after finishing the Light Campaign.

Enclave uses a unique upgrading system that encourages experimentation. More equipment becomes available as the game progresses, but the gold required to use it is at a fixed amount in the game, and only the most hardcore players will find every hidden stash of gold in every level, and even then they will still need to make some tough decisions. For example, a character playing as the Knight may dish heavy armor so they can bring in a better weapon. Alternatively, while playing as the Huntress, the player has a wide selection of arrows to choose from but also has a backup dagger. Players can opt to use the cheapest (and least effective) dagger to free up more funds for more arrows. If a player decides their load-out isn't effective, they can build a new one without losing any gold, and they may also choose to replay previous levels to find more gold.

One major drawback of the game is its saving system, or rather lack thereof. It is only possible to save between levels so if the player dies near the end of a 90-minute level it will be necessary to start it all over. Couple that with levels typically getting their most difficult near the end, as well as a few cases where instant death is possible, resulting in a perfect recipe for frustration.

Knights of the Temple II Blade of Darkness Age of Conan: Hyborian Adventures Nioh 2 Gothic Call for Heroes Pompolic Wars Warriors of Might and Magic Crusaders of Might and Magic Archangel Hunted: The Demon's Forge Nioh The Lord of the Rings: War in the North Draconus: Cult of the Wyrm 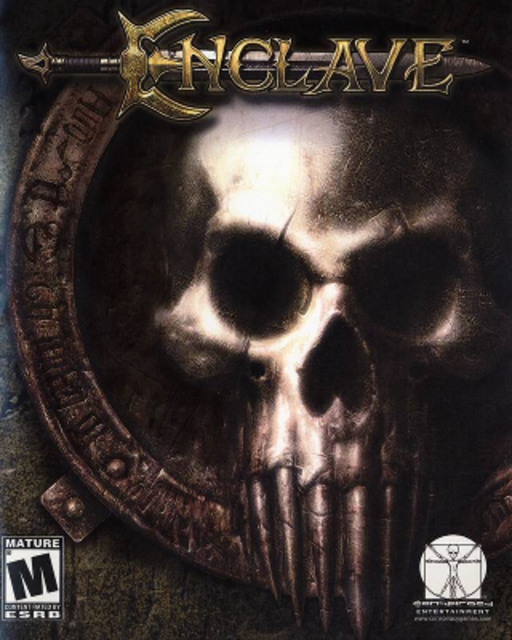