LMA Manager 2004 is the fifth game in the LMA Manager series. It introduced a new menu interface and a Fantasy Team mode.
PlayStation 2

LMA Manager is the 2003/2004 iteration of the LMA franchise, the football (soccer) management game series. It was released on March 12, 2004 on both the PlayStation 2 and the Xbox. It features a handful of new features over LMA Manager 2003 including a new menu interface and a new Fantasy Team mode.

A big new update with LMA Manager 2004 is the new Fantasy Team mode. This joins the Full Game, Quick Start  Expert modes and Challenge Mode. The player can create a name for their new club, a country, a stadium, a kit and a full squad. The player then picks a league and is given the amount of funds that will balance with the league you pick. One lower level team is then removed from the league and you take their place and battle out to win some sliverware. Additional countries can be unlocked to be played by playing through some of the Challenge Mode challenges. The Fantasy Team mode is a feature that continues throughout the rest of the series as it turned out to be a popular new feature, even if the mode is quite difficult and requires a large time investment. 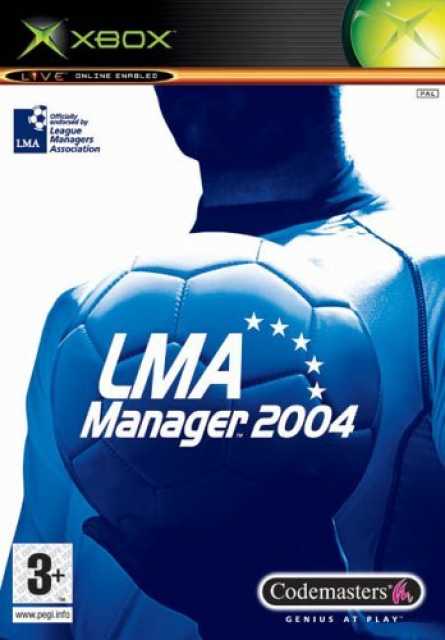