When a seemingly innocent young woman named Akane walks into the Narumi Detective Agency to request a search for a missing and mysterious figure named Dahn, Raidou Kuzunoha the 14th and his team of crime-busters including his boss and workplace's namesake Shouhei Narumi, the talking feline Gouto, and the progressive female journalist Tae Asakura must peel back the layers of a case literally crawling with leads...

New gameplay features in Devil Summoner 2 include battles that now take place in 3D environments as opposed to the the first game's pre-rendered backgrounds. In addition, Raidou can now have two demons summoned at once during battle, chosen from a pool of nearly 200.

The biggest change to the gameplay is the revamp of the MAG system. No longer merely an expendable resource for summoning demons such as in the first game, MAG is now used in battle in lieu of traditional MP. Like the more traditional trappings of MP, MAG is used for spell casting and Raidou's special charge attack. However, the only way to replenish MAG without having to resort to backtracking to town or spending money is to exploit demon weaknesses in battle. When a demon enemy is reeling from a hit to their Achilles' Heel, physical attacks will cause a geyser of MAG to gush out of them.

In addition, the game sees the return of the Law/Neutral/Chaos alignment system from the older Shin Megami Tensei titles, though this does not affect the game as greatly as previous titles in the series.

Shoji Meguro reprises his role as series composer for Devil Summoner 2 utilizing both newly composed material and some reprises from the first game to create a soundscape for 1920's Tokyo. A soundtrack CD containing the new music was released bundled along with the regular edition of the game in Japan. Track listing:

Atlus released Devil Summoner 2 in a limited edition package that includes a "Raiho" plush -- a Jack Frost decked out in Raidou's detective threads. Both items come housed in an individually-numbered display box. 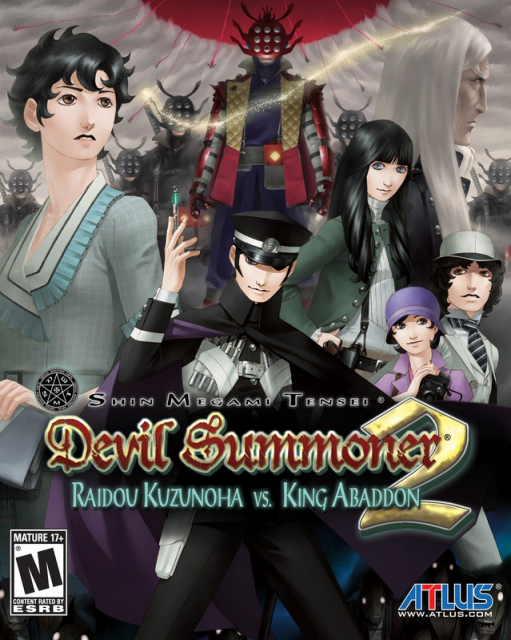