Football Manager 2009 is the first game in the series to utilize a 3D match engine.

One of the areas improved from Football Manager™ 2008 is the match engine. The famous Football Manager™ match engine can now be viewed in full 3D with motion captured animations the players. Sports Interactive has been working on the 3D match engine with the support of SEGA Japan’s football development team who provided the motion capture data and some of the animations.You can now watch your matches in 3D from multiple camera angles and re-watch any part of the match by fast forwarding and rewinding the action using a new match time bar that flags the key moments in the game.The old 2d view of the match engine is still there, especially for those people whose computers aren’t powerful enough to take advantage of the 3d views.Watch your matches in new full screen TV view and customise your match day screen with widgets to view the information you need as a football manager, be it player performance, match action zones, pitch radar, latest scores and many more.

The game also contains many more improved aspects. A few improvements are:
Improved Media – SI have worked hard to reflect the greater impact the media has been having in recent years on the world of football, in the in-game dealings with the press. The game now features more news stories, more detail and greater media interaction than ever before.
Board Confidence – Following on from its addition in Football Manager™ 2008, board confidence has been expanded and improved. In addition, the board will now also feedback to you on your squad harmony and the club’s stature in the football world.
Realistic Finances – SI have listened to feedback from all of their researchers to try and model every single financial area of the game correctly for each country, including transfers, staff wages, budgets, ticket prices, season tickets, competition bonuses and club sponsorships.
Updated Competitions – Fully updated for the new 2008/09 football season with all the latest league, club and player data, featuring over 5,000 playable clubs from over 50 countries, and around 350,000 players and staff from around the world, drawn fresh from the famous Sports Interactive database.
Transfer System – Completely new and re-written transfer system code, providing an even more realistic simulation of real-life football transfers.
And regens have also been improved....

SI have also included a number of brand new features in the game. They are: 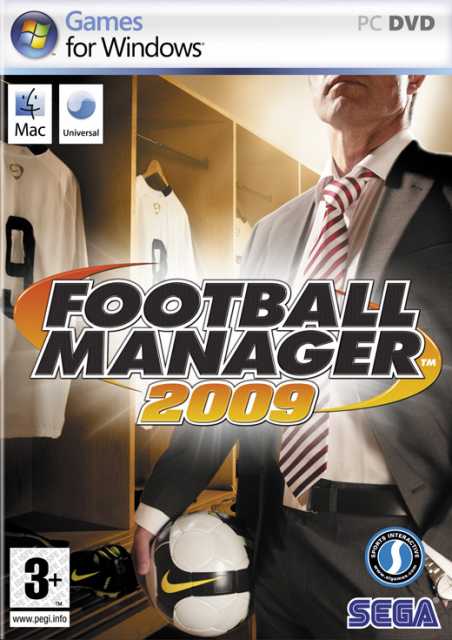