The sixth game in the franchise.

Front Office Football 2007 (FOF 2007) is the sixth installment of the FOF franchise, released in October 2006. FOF is designed to depicted professional football in its current form with a salary cap system. The player takes on the role as a general manager for a professional football team.

In October 2008 a new version was released with the 2008 NFL rosters and schedule.
On the 29 of December 2009 an new updated was released. The update provides a 2009 player file, as well as a few fixes and updates.

The 2007 version includes many new features. 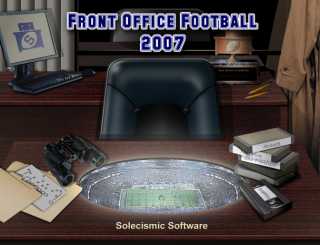