The second console entry in the Rune Factory franchise, Tides of Destiny has a strong nautical theme, with sea travel and islands being a major focus.
PlayStation 3

Aden and Sonja were two friends living on Fenith island, home of the Arch-Dragons. One day, while walking to the Arch-Dragon shrine, they were blinded by a shining light. When they awoke Sonja found herself trapped inside Aden's body, and both of them were on a Fenith Island populated by far more humans and only a single Arch-Dragon. Whether they are in a parallel universe, or somewhere in the past or future, they do not know.

After introducing themselves to the townspeople the pair move into the innkeeper's guest house. When they awake the next day they find that the seed Sonja had planted the previous day had grown into a massive earthen Golem. Using the Golem the two can explore the ocean, searching for a way to separate themselves and possibly return to their own world.

The Golem can travel anywhere in the ocean, but most of the sea is featureless water. By following up on requests from Fenith villagers the protagonists can learn of sunken islands that can be dug up and returned to the surface. Eventually Aden and Sonja's journey will lead them to dungeons with multiple floors filled with monsters, treasures, and a dangerous boss.

As in previous Rune Factories the protagonist can equip a variety of weapons: Dual Blades, Magic Staff, Broadsword, Hammer/Axe, and Spear. Repeated use of a weapon will increase its skill level, reducing its RP cost to use and adding additional attacks: a running attack, charge attack, and combo-ending attack.

Monsters spawn endlessly from portals on islands and in dungeons. Sometimes every portal on an island must be destroyed in order to unlock a door. Sometimes when monsters are defeated they drop crafting items.

As in every Harvest Moon game farming is one of the activities to participate in, but its importance has been reduced. Throughout the story four farming islands will be raised, each corresponding to a specific season. The protagonist does not buy or plant seeds, as they are masters of harvest magic. By waving a wand they can summon random plants to sprout up. The plants are then cared for by monsters the protagonist domesticates.

Crops can be sold for a nominal amount, or cooked into meals that sell higher, have greater restorative properties, and have temporary stat boosts. Potions, accessories, weapons, and furniture can also be crafted from monster and treasure chest drops.

At the start of the game the player has to borrow crafting stations from the businesses and residents in town, but after putting together a significant sum of money they can build more complex crafting stations in their home. They can also expand the home, which is required, along with splitting Aden and Sonja, to marry. 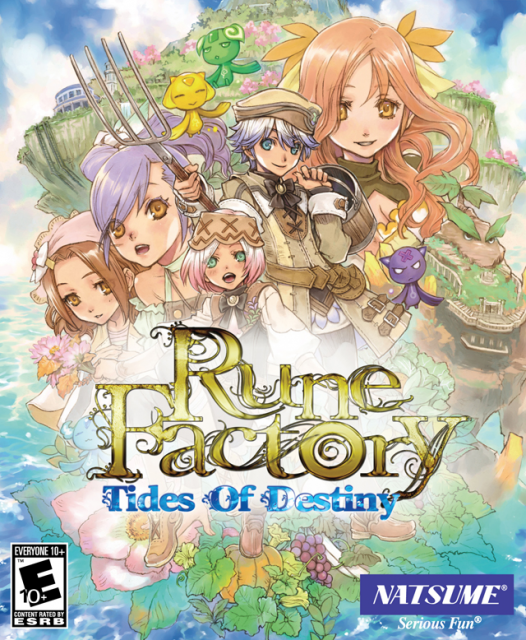