Obscure is a survival horror game set in an American high school with such notable features as two player co-op and the ability to combine items.
PlayStation 2

Set at Leafmore High five teenagers have set out to look for their missing friend, things take a dark turn however when they find themselves locked inside the school overnight and it becomes apparent that they are not alone. The students must now survive being hunted by the creatures that inhabit the school and find out where they came from among the other mysteries that threaten them.

Obscure plays similarly to other survival horror games with the player facing overwhelming odds and where careful planning and strategy is a more viable tactic than confronting enemies with brute force. The combat consists of fighting with weapons that are found in the game including melee weapons such as baseball bats and iron bars or more rarely fire arms such as pistols and shotguns. Damage can also be done to the creatures via artificial light or sun light, meaning that objects such as torches or smashing windows during the day will deal damage. A feature in the game is the ability to combine items using electrical tape, for example taping a torchlight to a pistol. Upon discovering that the monsters are sensitive to light this becomes a very powerful combo.

Like many games in the genre Obscure has puzzle solving sections which may require one or two players to complete or the need to retrieve keys, codes and other objects. Solving these puzzles is often required before the player can progress in the game and is often the only way to access new areas.

One of the games most unique features is that it is a co-op survival horror, one of the first of its kind. A second player can join for the entire game at any point with both players able to share items, fight monsters and solve puzzles together. If there is no second player than the other character is A.I controlled

There are five playable characters available, each one with a special ability meaning that some may work better together than others. It is possible to swap characters at any point providing that you are near them. The death of a character means having to play as another, there is no respawn and the character is  dead; the special abilities owned by each character although useful are not required to complete the game.

The sequel to obscure was realsed in March of 2008 named ' Obscure: The Aftermath'

The score for Obscure was composed by Olivier Deriviere and 11 of its tracks are available for free at the composer's official website. 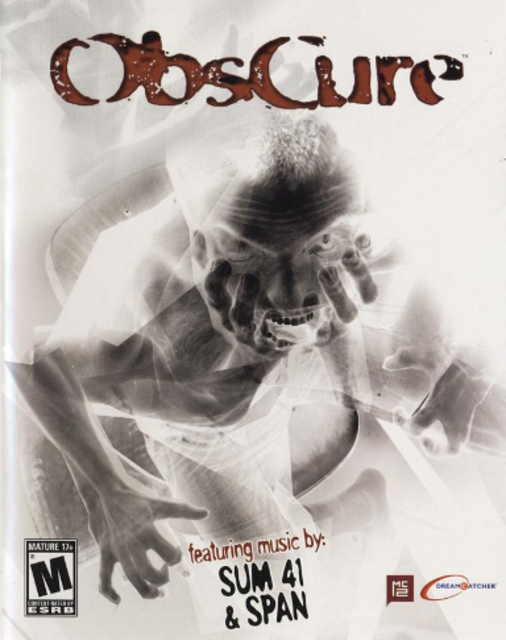