This sequel to Skylanders: Spyro's Adventure introduces new "Giant" Skylanders to the toy-based action series from developer Toys For Bob. All the original Skylanders figures are useable this sequel, with 16 new Skylanders being added as well.

Skylanders Giants continues the adventures of the previous game in the series, Skylanders: Spyro's Adventure. The game introduces 16 new characters, 8 of which are "Giants." All the previous figurines will be compatible with the new game, and even the 4 original Adventure Pack level expansions will unlock new additional levels in the sequel. Any stats earned and saved on the original figurines from the first game will be recognized by the sequel and carried over, and the level cap is raised to 15 (up from 10).

Provided one has the figurines, there will be 48 different playable characters in the game (not counting variants).

Thousands of years ago, the Giant Skylanders were helping fight battles in the Skylands, but were later banished to Earth. With a new threat looming, they join forces with the new Skylanders to battle evil once again. Joel Cohen and Alec Sokolow have returned to help write the story. Much like with the first game, the 3DS version will have a different story and gameplay.

All 32 of the original (a.k.a. Series 1) Skylander figures will work in the new game. But there are also 24 new "Series 2" versions released of these characters. These re-released characters have additional in-game abilities, and the figures are distinguishable from "Series 1" by having a new stance & an orange baseplate (original Series 1 figures have a green base). They are also backwards compatible with first game.

There are 16 new Skylander characters introduced for this game. Eight of them are "Giant" Skylanders, and eight are "normal" sized characters. These Giants are able to perform tasks & access areas that normal Skylanders cannot. Each one belongs to one of the 8 elements. These new characters will only work in Skylanders Giants, they will not work in the original game.

There is also a subset of figures called LightCore Skylanders, which are character variations that light-up when placed on the portal. (They induce power wirelessly from the Portal, so they require no batteries.) They have extra in-game abilities compared to their non-light-up counterparts, although these LightCore figures are not compatible with the first game. There are 8 LightCore Skylander variants, one from each element.

Toys R Us has teamed up with the publisher again to exclusively carry "Legendary" versions of some characters, which are essentially blue/gold palette swaps, but they also have slightly different stats:

Game Stop will carry an exclusive Golden Dragonfire Cannon Battle Pack, which is a 3-pack set of figures that contains:

There are two different pack-ins with the game; one for those who already have a Portal of Power (Portal Owner Pack), and one for those who don't (Starter Pack). And just like with the first game, there will be a slightly different set of figures packed into the 3DS version of the game: 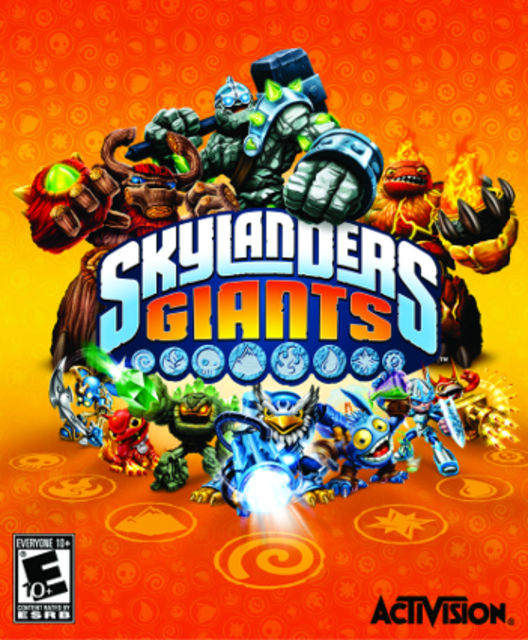