Help Serph and the Embryon learn the truth of the Junkyard while devouring their foes in the hopes to eventually ascend to Nirvana.
PlayStation 2 PlayStation Network (PS3)

Shin Megami Tensei: Digital Devil Saga is a turn-based RPG in which the player controls a group of warriors known as the Embryon and attempts to take control of the Junkyard. Little is known as to why they fight and where they came from. All that is known however is that the one tribe to defeat all the others will earn the right to ascend to Nirvana. It is the first part in a two-part narrative, which is completed in its direct sequel, Digital Devil Saga 2.

The game opens with the Embryon fighting a rival tribe for control of a territory. During this battle they notice a strange capsule in the center of the field. Shortly thereafter, the capsule opens revealing a young girl inside as beams of light shoot out piercing the chest of every person in the Junkyard, transforming them in to demons. With the power to become a demon comes the insatiable hunger that must be fed in order to sustain the demon and prevent it from overtaking the users senses. Where did this power come from? What is the story behind the young girl Sera and how did she arrive in the Junkyard? What is the Junkyard? All of these questions are unraveled as players progress.

While it isn't blatantly displayed, the concept of devouring your foes is a major theme of the games story.

As the story progresses the characters become more and more lifelike and human. In the beginning they start as drones content with going about fighting and never questioning anything. After Sera arrives and they gain the ability to become demons, emotions, feelings, and reasoning begin to appear. Why are there no children in the Junkyard? Why is it always raining? What are friends? All of these things begin to creep into their minds as they attempt to earn the right to ascend to Nirvana.

The game uses the demonic elements to make battles both entertaining and strategic. Magic and spells can only be used in demon form while guns and elemental ammo are used in human form. Naturally the human form is much more weak, although it does have the advantage of having no elemental weaknesses. As a result of starting every battle in demon form, you can switch at will between your forms to try and prevent weaknesses from being exploited if need be. This game uses the Press-turn System found in Shin Megami Tensei: Nocturne, getting a weakness exploited means you are at a great disadvantage.

When you hit an enemies weakness, you gain another turn in battle. You try various attacks on enemies to learn their weaknesses and remember them. The thing that makes the Press-turn system so fun and challenging is the fact that enemies can do the same to you. That means if you walk into a battle unprepared and with the wrong party setup, you may be doomed before you start. Expect multiple tries against most bosses. One to learn the weakness, two to potentially make a run at beating it, more often than not a few more.

As far as character growth goes, every party member has the ability to learn every spell in the game. It would cost a lot of money and a lot of time, but it can be done. To learn spells you equip Mantras and then go fight battles. Enemies reward you with two types of things. Karma ( EXP) and Atma. Atma is a power source used to master the various Mantras and learn spells and skills. You can increase the amount that a given character earns by using hunt skills to devour your enemy. You must eat your enemy.

8. "Hideout of the Chickens"

17. "River of Samsara - The Second Movement" 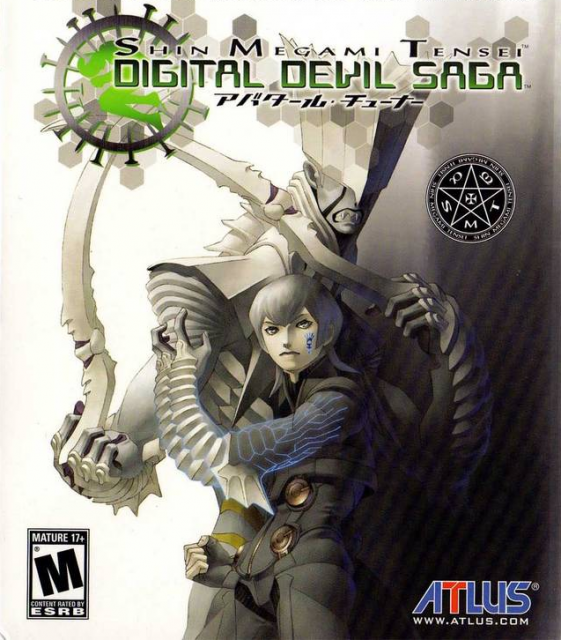