For Honor is a third-person multiplayer arena-based hack-and-slash game developed by Ubisoft Montreal and published by Ubisoft for the Xbox One, PlayStation 4, and PC on February 14, 2017.

Set in a mysterious post-apocalyptic fantasy world, the game features a neverending conflict between three factions (each based on real-life medieval military): the Knights of the forests of Ashfeld, the Vikings of the tundra of Valkenheim, and the Samurai of the swamps of Myre.

The game features a story mode, but it is heavily focused on its multiplayer including several multiplayer modes. In both cases, players will often fight their way through legions of enemy minions to accomplish their goals.

When fighting another named enemy, the "Art of Battle" system comes into play, where each fighter must choose one of three directions either to attack or to parry their opponent's attacks.

At the game's launch, each of the three factions received four heroes (one for each class type). More heroes and factions have been added post-launch.

For the Starter Edition for the PC version of the game, players start with six characters fully unlocked: the three Vanguard heroes and one of three groups of heroes (either Conqueror/Peacekeeper/Lawbringer, Warlord/Berserker/Valkyrie, or Shugoki/Orochi/Nobushi). The other six launch heroes are locked from play (similar to DLC heroes) and require a hefty sum to unlock.

Although the base architecture of each map is based on a particular faction, certain elements of the map (including weather, time-of-day, and decoration) are based on whatever faction controls a contested area (with that map included) in the Faction War. Each playlist in multiplayer is rotating based on the areas being contested.

All Dominion and Tribute maps can also be played in the Duel, Brawl, Elimination, and Skirmish modes.

Prior to the Tribute mode's release, these maps were made for the Elimination and Skirmish modes.

E3 2015: It's a Triple Threat Death Match in For Honor E3 2015: We Talk Over the Ubisoft Press Conference For Honor Highlights its Samurai Faction E3 2016: For Honor Came Without Warning E3 2016: Go on a Viking Mission in For Honor 09/16/2016 For Honor 117 - Get Those First E3 2018: For Honor: Marching Fire Introduces a Fourth Faction E3 2018: For Honor's Marching Fire Expansion Brings a New Breach Mode E3 2018: Take a Walkthrough of For Honor's New Breach Mode E3 2019: Spirits Hunger for the Souls of For Honor with Shadows of the Hitokiri Ubisoft Forward 2021 E3 2021: For Honor's 5th Year Takes the Battle to Mirage
Kingshunt Mordhau Shaype Dissidia Final Fantasy NT Anarchy Reigns Gigantic Naruto to Boruto: Shinobi Striker Soul Reverse The Lord of the Rings: Conquest Rune: Halls of Valhalla Iron Phoenix 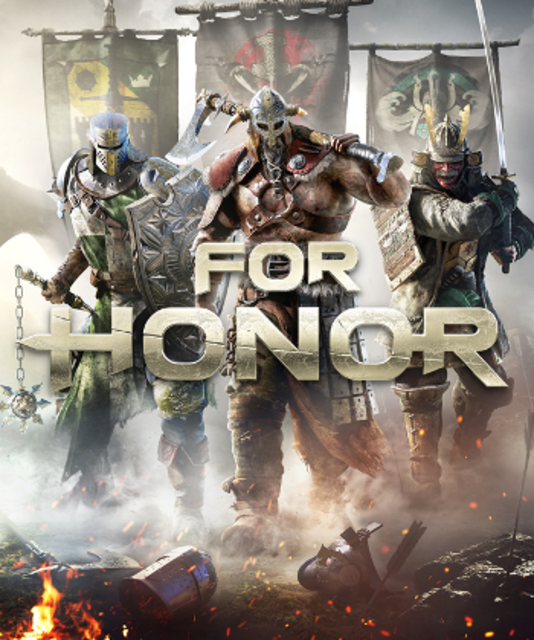