OverBlood is a third-person adventure game for the original PlayStation. Often referred to as a "survival horror" game, OverBlood has very little in way of threats to the player and is primarily focused on puzzle solving.

OverBlood is a sci-fi adventure game for the PlayStation that focuses on a man named Raz Karcy. Raz stumbles out of a cryostasis pod to find himself alone in a strange facility, wondering what happened to him.

Overblood is a third-person adventure game with tank controls. The different characters that Raz meets have special abilities that are used to help solve puzzles. For example: a tiny robot named Pipo has the ability to access technology and get into cramped places. Using the different characters and items that can be found over the course of the game allow players to complete puzzles and find out what is really going on.

OverBlood follows Raz Karcy as he stumbles through the tight corridors of a mysterious research facility, trying to unravel the mysteries of its downfall. 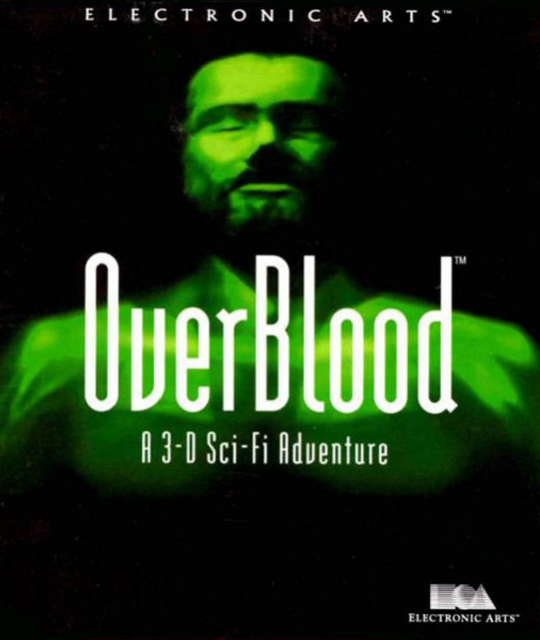